HURRICANE SANDY﻿
﻿
tuesday, thousands of people went wtihout electricity form maine to the carolinas. due to the hurricane named sandy, but the death poll is still rising its already at 33.  it has been very tragic for all those that have been affected. also it is on the move so also  many of the victims killed by falling trees. The  damage in New Jersey, where the storm roared on Monday night with hurricane force, was unclear. Police and fire officials, some with their own departments flooded, they went to rescue hundreds. 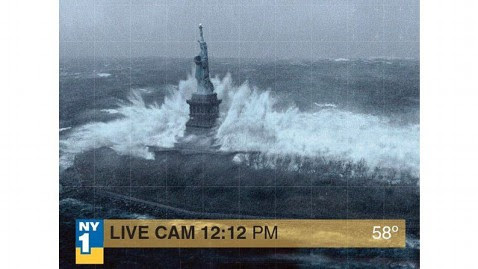 At least 7.4 million people  and possibly as many as 8.1 million across the East were without power. Airlines canceled more than 15,000 flights around the world, and it could be days before the mess is untangled and passengers can get where they're going.

Posted by ethan thomas at 9:48 AM No comments: